Posted by
News
Comments are off for this post

It was an early start and very busy day for the team on Saturday as they headed off to Waterloo Community Festival along with the portable bike track. 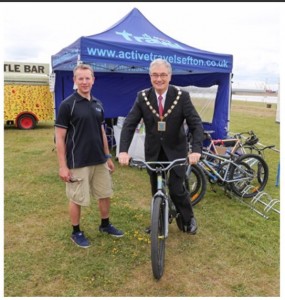 After setting up the track and information stand, we were visited and greeted by the Mayor of Sefton, Cllr Brodie-Browne, who was very impressed with the track, and asked to have his photo taken with Ross to share on his personal Twitter account and show his support. Photos were also taken for the Champion newspaper and website – though after the recent media interest we are almost becoming rather accustomed to this!

We were very lucky with the weather, if a little windswept and decidedly chilly as evening came, and the bike track proved popular as ever. In fact, we quickly became a star attraction to the extent that we even had a queue waiting for the next session to start at one stage. As such, new roles for some of the team were required in perimeter fence 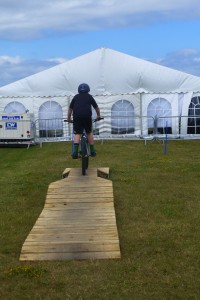 policing and queue management, such was the eagerness and excitement to test out the track. 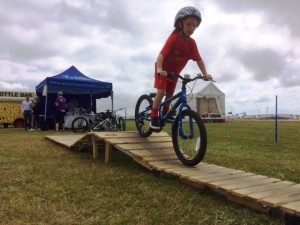 All in all, it might have been a long day, with the event running from 12pm-8pm, but it was a successful and worthwhile day, with over 60 children and young people taking part. Some of the younger ones had only just learnt to ride a bike,
leading to sore backs for some of the team in ably assisting them round the course, and many kept returning as they were so keen to have another go after enjoying it so much. 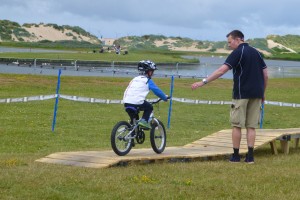 If you would like to know more about the portable bike track, please get in touch. Though please note that despite being asked on more than one occasion during the day, we are not available for children’s parties! 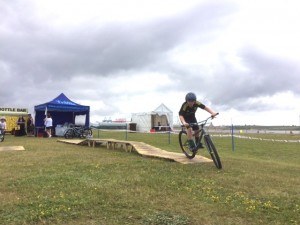 About the author: Michelle